By adil benkrichApril 27, 2022No Comments

Gluten-free, sweet and nutritionally dense, tiger nuts are being hailed as a rising “superfood”. But in Valencia, Spain, these tasty tubers have been popular for centuries.S

Stretching across the drying room in a vast, rippled expanse, the tiger nuts seemed almost like desert dunes. I’d come to Valencia towards the end of their harvesting and found the sight of this immense volume – hundreds upon thousands, perhaps even millions – impressive. Singling one out, however, I was surprised to discover a small, wrinkled form that looked distinctly less inspiring. Where tiger nuts are concerned, it turns out, appearances really are deceiving.

Firstly they’re not actually nuts, despite being firm and brown, but tubers of the sedge plant Cyperus esculentus. And in spite of their peculiar misshapen looks, they’re considered the ultimate health food. “They’re packed full of nutrients like fibre and iron, making them great for gut health, and are gluten and lactose-free too,” said Ani de la Prida, who co-founded The Tiger Nut Company in 2016. Rumour says they even boost libido.

Also very moreish (as I’ve realised), with a creamy texture and sweet nutty aftertaste, tiger nuts have been hailed as a rising “superfood” by Good Housekeeping magazine in the US . Yet in Spain, where they’re known as “chufas“, these plant powerhouses have been popular for centuries – particularly in Valencia, whose beloved chufa-based drink horchata dates to the 13th Century. So integral is this milky beverage to Valencian culture that, alongside cafes and ice cream parlours, it’s served up in its own specialist stores known as horchaterías. 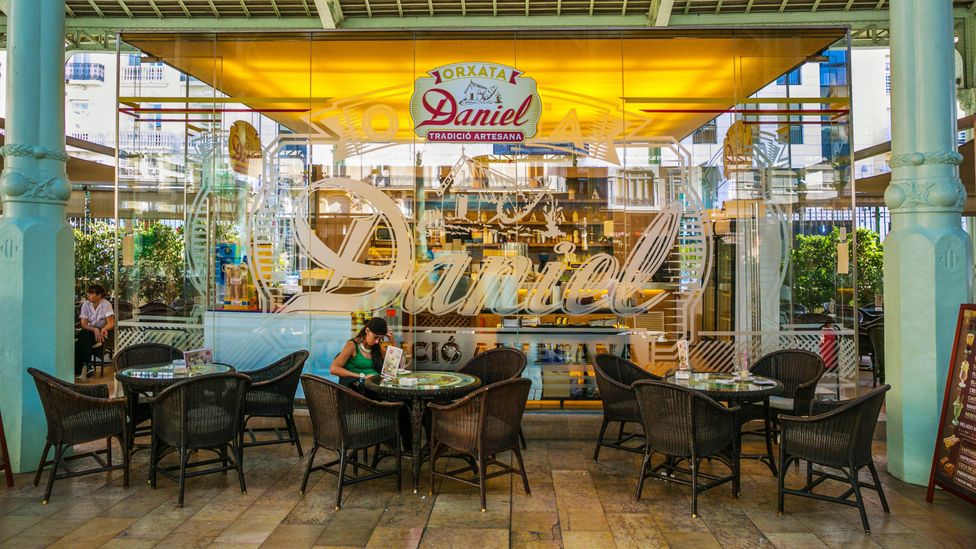 Horchatería Daniel is one of Valencia’s most famous horchata spots (Credit: Agefotostock/Alamy)

Horchata is indelibly linked to Valencia’s success in tiger nut cultivation, a practice that began in Ancient Egypt (the tubers have even been found buried in pharaohs’ tombs) before spreading throughout wider North Africa; from there it was introduced into Valencia following the Muslim conquest of Hispania in 711. Cultivation took hold in L’Horta Nord, part of a vast agricultural region on the city’s outskirts, known in English as “The Orchard”. It now takes place across 19 towns in the area, where the sandy soil coupled with Valencia’s temperate climate makes for ideal growing conditions. About 5.3 million kilograms of tiger nuts are produced here, 90% of which are covered by a special Denomination of Origin status designed to regulate quality among regional products in the European Union.

Legend claims that James I of Aragon, King of Valencia from 1238 to 1276, was served horchata by a young woman in the L’Horta Nord town of Alboraya. She introduced it as “llet de xufa” (Valencian for “chufa milk”), to which he replied “Llet no, això és or xata!”(“That’s not milk, that’s gold, pretty girl!”). Tempting as the fable is, the word “horchata” actually stems from the Latin hordeata, which means “of barley”: the term was originally coined for a barley-based drink but has since come to signify a range of “plant milk” beverages across the world, also including versions such as Mexico’s horchata de arroz (rice). Regardless, inspired by the tale of Valencia’s enthusiastic king, horchata de chufa is still affectionally nicknamed “white gold” to this day.

I tried my first glass in the city’s Colón Market, a striking Art Nouveau edifice that recalls renowned Catalonian architect Antoni Gaudí, and instantly could see the appeal. Sweet, cool and refreshing, it’s essentially like drinking tiger nuts – after all, the only other primary ingredient is water – and contains all their nutritional properties to boot. The only caveat was the extra sugar, something I’d argue isn’t needed but is a popular addition. 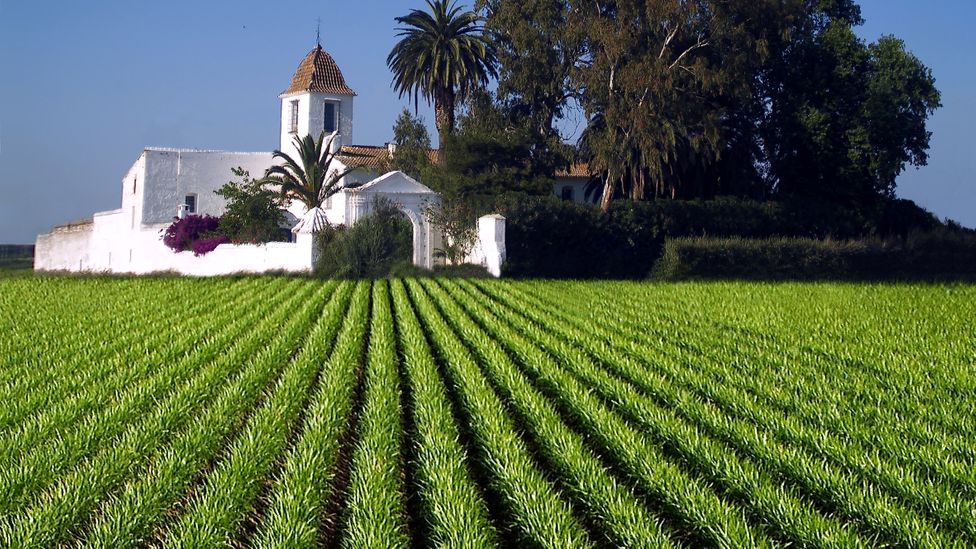 “Valencians have a sweet tooth,” laughed Toni Peinado, co-owner at Horchatería Daniel, in whose second branch I was sitting. Arguably Valencia’s most famous horchatería company, it was founded by Alboraya-born Daniel Tortajada, one of the first people to start selling horchata, in 1949: previously, perhaps because tiger nut cultivation was too labour-intensive before the widespread use of machinery, it had largely been a non-commercial drink made in homes for family events and festive days.

After selling horchata from his house and the local market, Tortajada launched his first standalone premise in 1979 on what would come to be known as the Avenida de la Horchata (Horchata Avenue), a road connecting Valencia and the nearby town of Alboraya. He was also instrumental in founding the Association of Artisan Horchata Makers, becoming its first president and soliciting Denomination of Origin status for the region’s tiger nuts.

Since then, two more generations of Tortajadas have taken the reins of the business, which has received everyone from surrealist artist Salvador Dalí to actor Vigo Mortensen throughout its illustrious history. Now, also encompassing two Valencia sites alongside its Alboraya flagship store, the brand has continued its enterprising spirit with a diverse range of tiger nut products spanning cosmetics to bakery goods. The latter is particularly apt as it was founder Daniel, Peinado told me, who inspired the custom of accompanying horchata with fartons – long, spongy buns designed for dunking.

“Enjoying a glass of horchata and some fartons is one of our favourite ways to socialise,” he said, “much like with the British and their tea.” 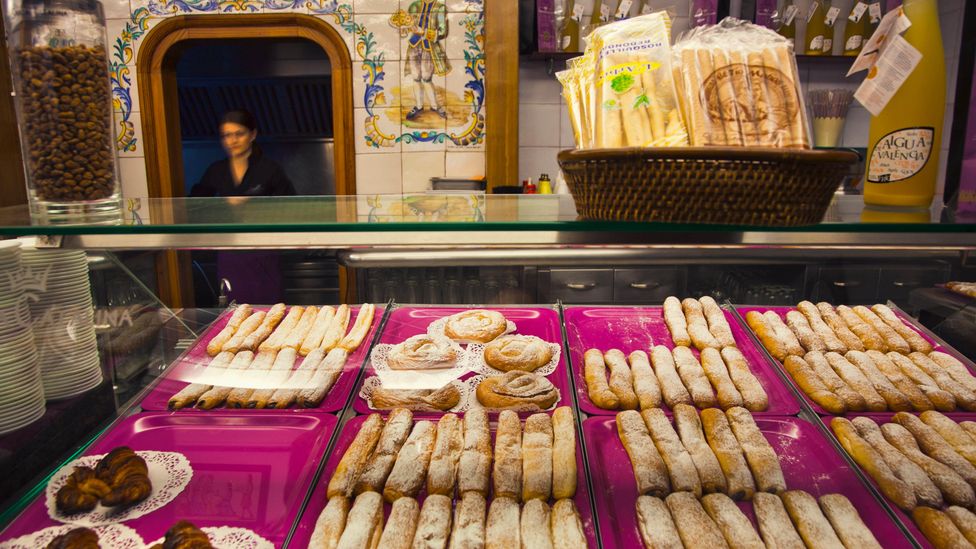 Horchata and fartons are the perfect pairing, with the long spongy buns designed for dunking (Credit: Gonzalo Azumendi/Alamy)

While the inventor of horchata de chufa is unknown, 13th-Century records show a comparable drink being made near Valencia: it’s clearly imbued with history and tradition, and the same can be said for the L’Horta region in which tiger nuts are farmed. Listed as a Globally Important Agricultural Heritage System (GIAHS), “The Orchard” is famed for its ancient Arabic irrigation system – which sees farmers don black dress and gather weekly for the Water Court, a Unesco-inscribed practice dating back more than 1,000 years – and is the birthplace of esmorzaret, the Valencian “mid-morning snack”.

This melange of paddies and plantations just outside of Valencia is also home to distinctive regional architecture, from humble barraca farmhouses with steeply pitched roofs to alquerías, the grand country residences typically occupied by wealthy landowners. It’s one of these, Alquería El Machistre, that houses the Museum of Horchata and Tiger Nuts: based near the town of Alboraya in the chufa stronghold of L’Horta Nord, it opened in 2007 and can be visited by appointment.

Visits  include a tour of the 11th-Century alquería itself, a sprawling white-washed manor whose largely 18th-Century interior reflects historical local trades like silk and ceramics. When I arrived on an unusually overcast day, I was led round by affable guide Victoria Buzón before heading to the horchata museum, situated in a small but information-packed room with adjoining interior courtyard. Here, I learned that the tiger nut plant likely originated in West Africa, where it was used in medicinal potions. “Nowadays, West Africa has its own versions of horchata de chufa,” said Buzón, “though its chufas are bigger and have less flavour.”

Buzón also explained how tiger nuts are cultivated in L’Horta Nord. It’s a slow, meticulous process that begins with planting between March and May, when temperatures are gentler with lots of humidity. Tubers are then collected from November to January with a harvester, after which the ground is burned to manage further spread: considered an invasive species (and a weed in much of the world), Cyperus esculentus must be carefully managed. Once washed, the tiger nuts are dried for about three months in specially ventilated buildings known as “cambras” before being manually sorted to remove any damaged specimens or impurities. 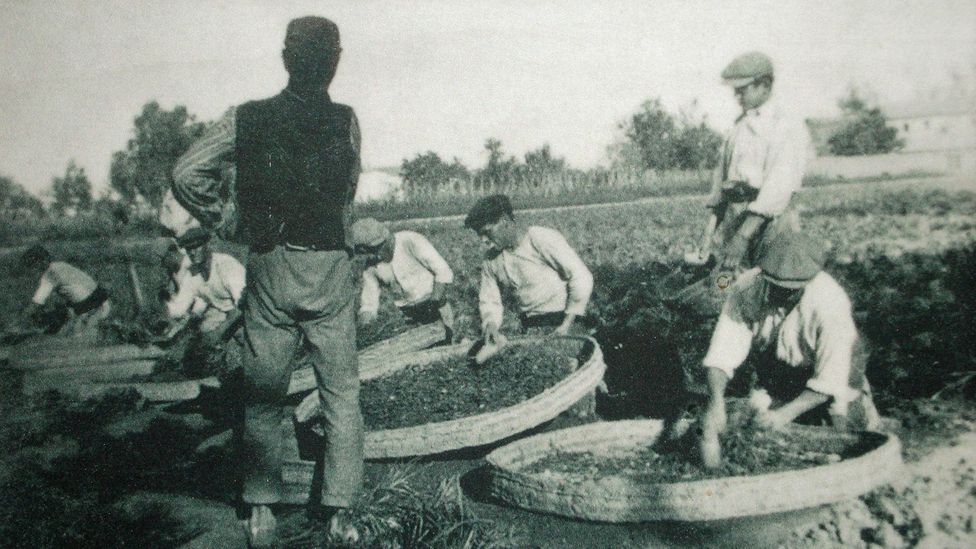 Tiger nut cultivation was extremely labour intensive before the use of machinery (Credit: Alquería El Machistre)

In contrast, making horchata is relatively straightforward: cleansed tiger nuts are soaked for eight to 12 hours before being ground and added to water. Next, the macerated mixture is pressed and sifted to create the final extract, to which sugar is usually added.

Yet within this deceptively simple concoction lie millennia of painstaking labour and royal legends, Pharaonic burials and age-old traditions. Stir in tiger nuts’ extensive health benefits and it’s easy to see how this potent Valencian super-drink really can be considered “white gold”.

healthy foods you should be eating